Voices of the Past: SOLD OUT 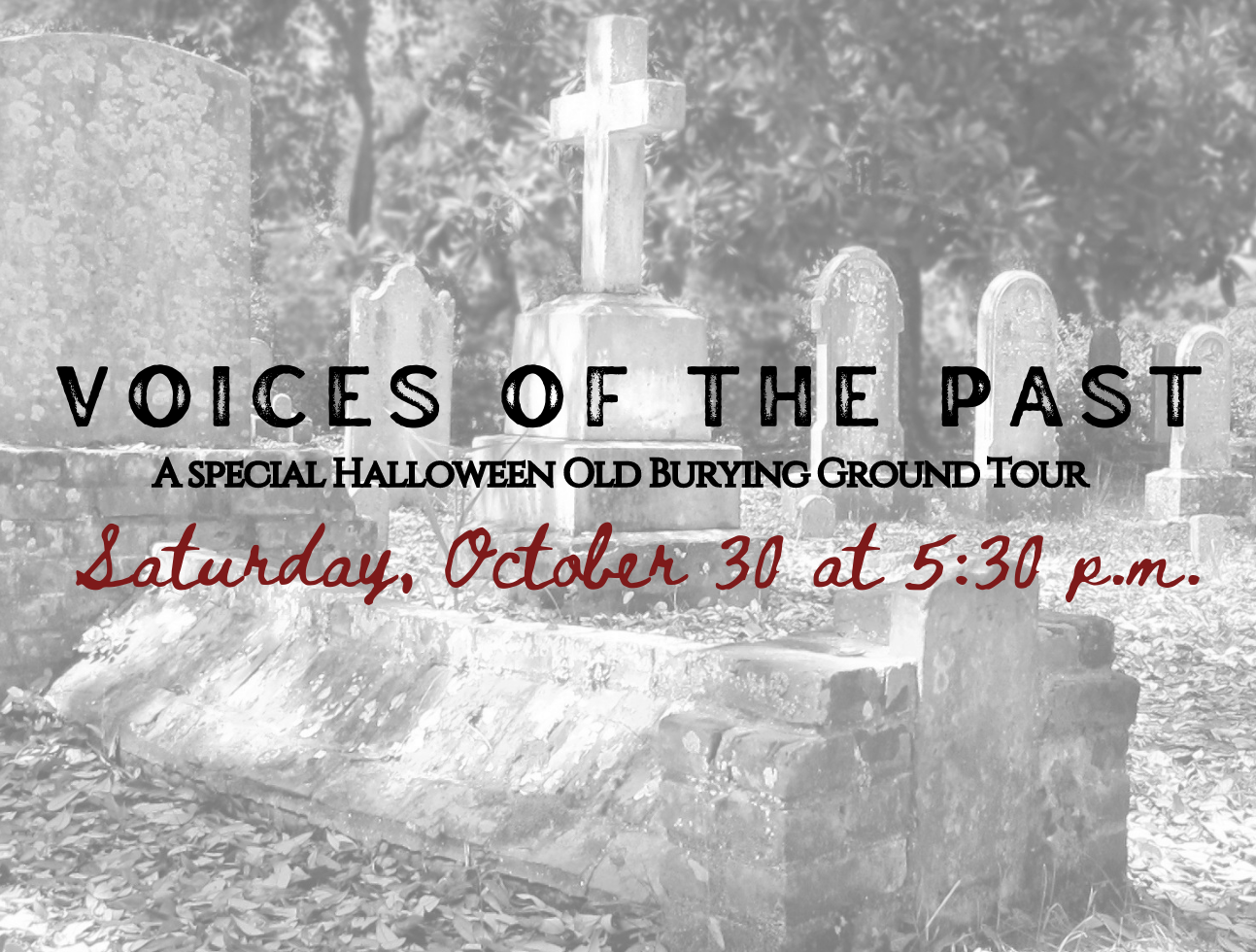 The Beaufort Historic Site will be hosting a special Old Burying Ground Tour on Saturday, October 30 at 5:30 p.m. The tour, taking place Halloween weekend, is called Voices of the Past. It will bring to life the stories of those who have long passed and have been laid to rest in the Old Burying Ground. Tickets are $15 for adults and $7 for ages 6-12, and will be available for purchase in the Old Beaufort Shop until October 29 or until sold out.

While the Historic Site offers tours of the Old Burying Ground year-round, Voices of the Past will have a twist. Guests will be grouped with an appointed “Burial Caretaker”, who knows the ins and outs of the grounds and will lead them through this unique experience. As guests traverse through the grounds by mere lantern light, they will find the Old Burying Ground quite literally coming to life.

Seven different burial sites of seven passed souls with seven unique stories will be a part of this tour. However, instead of the “caretaker” sharing these stories, those who have passed will tell their own. Guests can expect to hear the story of Vienna Dill, a child buried in a unique casket; Josiah Bell, the past owner of the Josiah Bell House now located on the Historic Site Grounds; a British Officer, who is buried in a way to honor the British Crown; Captain Otway Burns, a naval hero in the War of 1812; the Girl Buried in Rum; Nancy Manney French, the story of forbidden love reunited; and Sarah Gibbs and Jacob Shepard, the story of lost lovers in life, but together in death.

Tickets are on sale now by calling 252-728-5225 or by visiting the Old Beaufort Shop, located on the grounds of the Beaufort Historic Site at 130 Turner Street.