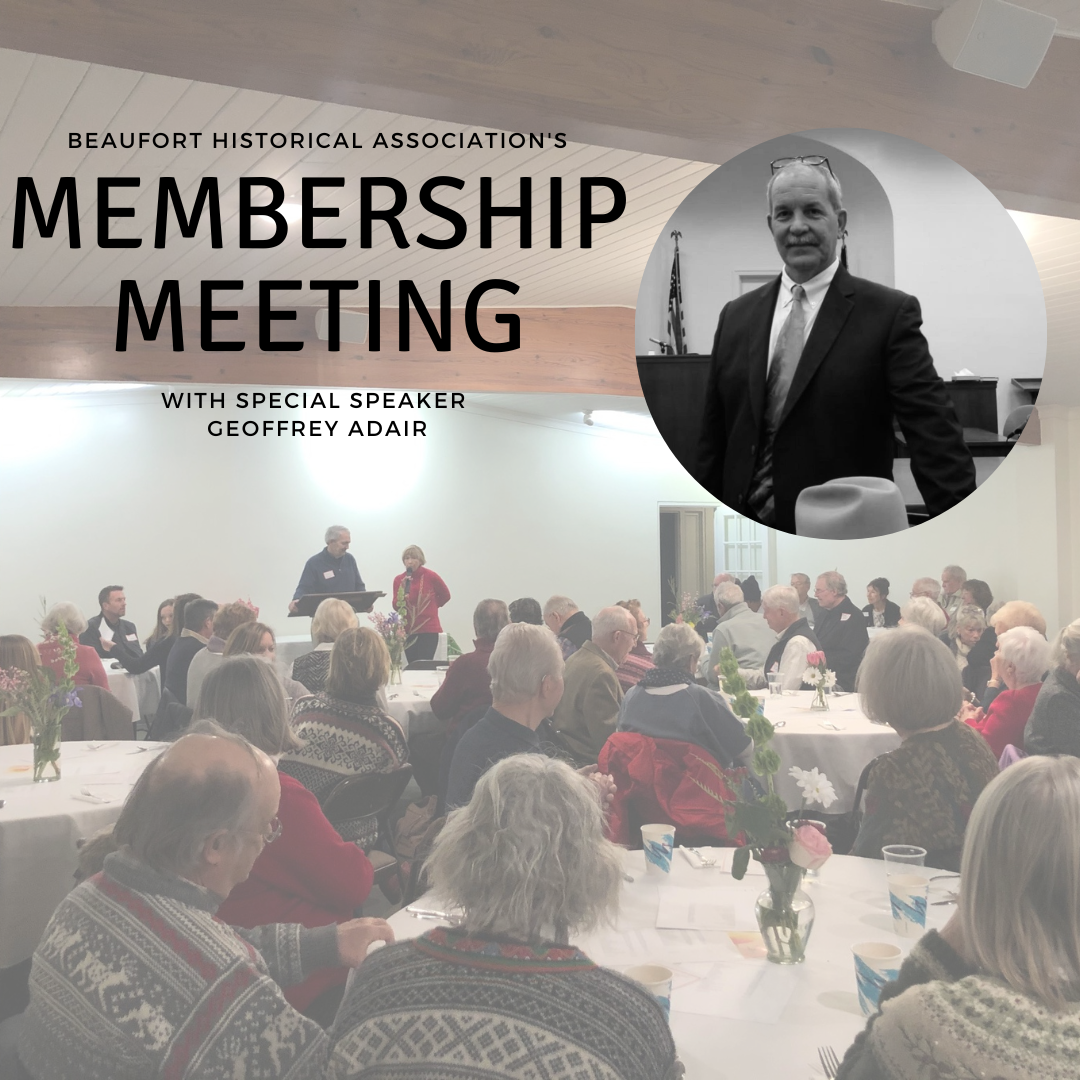 Members and prospective members are invited to join the Beaufort Historical Association for the Annual Membership Meeting and potluck dinner on Tuesday, January 24 at 6 pm at St. Paul’s Church, 215 Ann Street in Beaufort. Following a potluck dinner (bring your favorite dish!) there will be a very brief business meeting to discuss the Association’s 2023 plans. A special program by Geoffrey Adair will also take place. The night will end with an awards presentation honoring the Association’s volunteers and the Warped Weavers’ 40th year at the BHA!

Adair, who was born and raised in Beaufort, is the sixth generation of his family to live on Orange Street.  He vividly remembers the smell of Menhaden steamers moored at Beaufort’s docks, the cool air of the season’s first mullet shift and the simple pleasure of swimming across “the cut” on a hot summer’s day.  Learn a bit of Beaufort’s history and hear his recollections of what it was like growing up in this historic seaport village before it became Southern Living’s “Top Small Town to Visit!”

His program will include a discussion about growing up in “pre-discovery” Beaufort and the physical and cultural changes that have occurred in Beaufort since the 1950s.  He also plans to have a thirty-minute slide presentation comprised of 200 photos of Old Beaufort paired with photos of the same scenes as they appear today.

The program will be followed by the presentation of the Association’s Volunteer of the Year awards. While all volunteers at the Beaufort Historical Association are treasured, these awards show gratitude to those who have gone above and beyond for the Association. Nominations can also be made by emailing officemanager@beauforthistoricsite.org.