The Membership Drive for the Beaufort Historical Association has been a tradition for many years.  It started in 1992 as a Valentine Party in a private home to attract new members into the Association.  The last year in a private home was 2000, when the committee quickly realized we had more than outgrown any private home in Beaufort.

Now with the Historic Site, we have two acres and all of the authentically restored houses and buildings open for members and potential members to enjoy and learn more about this area’s coastal heritage.

Even better, each house or building features different, special refreshments for visitors to enjoy.  Everyone has their own unique way of enjoying the party, whether it’s the beer and pizza in the jail, the hot cider by the fire in the Leffer’s Cottage, or the olive oil tasting in the Carteret County Courthouse of 1796.  We are offering a new selection to the menu this year featured in the Josiah Bell House, Sparkle and Fizz will be a fun, new tradition for young children and their parents to enjoy together. The most unique aspect of this party is that it’s great for singles, couples, children and even pets! This year, the party takes place on Sunday, February 12th from 2 to 4 pm.

There will also be an artist reception in the Mattie King Davis Art Gallery for our Valentine Party.  This year’s featured artist is Dan Nelson. Dan is no stranger to Beaufort having been featured during the Fall Party and Old Homes Tour with the BHA in the past.

Be sure to RSVP, and also invite friends, coworkers and neighbors who have an interest in Beaufort and want to find out more about the Beaufort Historical Association and all of the many activities and events that are held throughout the year.  There is a wide range of giving levels from $25 for students and senior citizens to $5,000 for the Somerset Circle with each level of membership receiving special benefits.  Memberships can be purchased online at www.beauforthistoricsite.org.  For more information about the Valentine Party, check online or stop by the Welcome Center at 130 Turner Street, or call 252-728-5225. 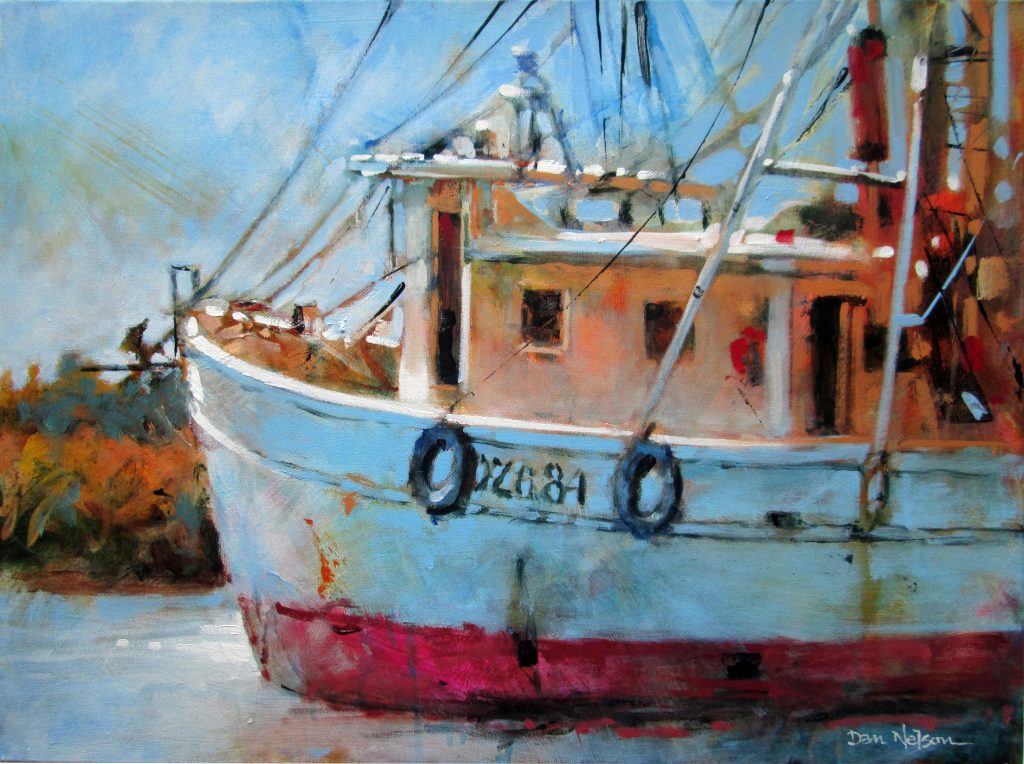 In addition to the Valentine Membership Party, there will be an artist reception featuring the new artist for February and March?

The Mattie King Davis Art Gallery is thrilled to welcome talented artist Dan Nelson, the featured artist for February during the annual Valentine Membership Drive. The show will be 2pm – 4pm on Sunday, February 12 at the Mattie King Davis Art Gallery on the grounds on the Beaufort Historic Site in conjunction with the Beaufort Historical Association’s Annual Valentine Party.

Dan is no stranger to Beaufort having been featured during the Fall Party and Old Homes Tour in the past. Dan’s love for art began at a very young age, and he was a self-proclaimed artist before he made it to kindergarten. Since then, Dan has pursued his love for creating by earning a Bachelors in Fine Arts from Calvin College. According to Dan, his real education came from his time as a full time free-lance illustrator when he completed over 4,000 illustrations in four years winning competitions in everything from street painting to sand sculpture. At the same time he began mesmerizing audiences by producing 8-by-10-foot masterpieces in the streets and parks of Raleigh, North Carolina, his hometown.

Besides setting up his plein air easel anywhere from California to Western Europe, Dan spends much of his time doing Live Art Performances, painting at festivals, concerts, and fund-raisers. He has painted for the NC Symphony, the Carolina Hurricanes, IBM, Glaxo Smith Kline, and many of the major Corporations across the Triangle and beyond.