The Mattie King Davis Art Gallery will feature dynamic husband and wife artists, Richard and Meg Forward for the months of August and September. These longtime local favorites will have an opening reception in their honor on 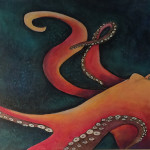 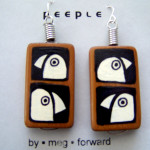 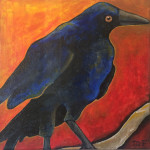 Though both work in different mediums, the Forwards are an extremely talented couple with long ties to the area. The Duke University Marine Lab brought them to Beaufort in 1971, Richard as a marine biologist and professor, Meg as an illustrator providing pen-and-ink drawings, graphs, and maps to the researchers there. Artistically their paths diverged with Meg working in acrylics, jewelry, and sculpting birds from gourds while Richard began turning wood.

An ardent supporter of and volunteer for the Mattie King Davis Art Gallery, Meg’s work has shown in the gallery since its inception and her colorful acrylics have become favorites there. She has also begun a unique line of jewelry called “Peeple” for the people-like birds featured in her designs and sculpting birds from North Carolina gourds. Her art is vibrant, fresh, sometimes whimsical, but sure to delight all.

One of Meg’s biggest fans is her husband Richard who turns wood in his Beaufort workshop.  He began using a 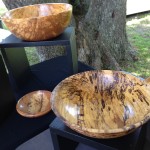 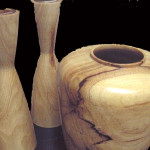 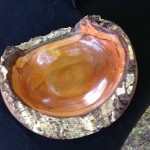 lathe to create bowls, plates, and boxes in 1999 under the guidance of wood worker, John Chandler.  His works are often made of local salvaged wood and are exquisite examples of artistry using natural resources.

The Carteret County Arts and Crafts Coalition counts them both as members while Meg is on the Arts Council of Carteret County and Richard is a member of the American Association of Wood Turners. Both have exhibited their work in the Mattie King Davis Art Gallery, the oldest in Carteret County, for years. Gallery proceeds benefit the ongoing educational and restoration projects at the Beaufort Historic Site.