The Beaufort Historical Association’s Annual Fall Party is next month! Make plans to be there at 6:30 pm on October 17 to enjoy catering by Beaufort Grocery, music by All Four One and art work by Susan Hecht. This year’s party will be held at the home of Charlie and Martha Ann Harrell, 909 Front Street. Tickets cost $75 per person. For more information stop by the Beaufort Historic Site at 130 Turner Street or call 252-728-5225. 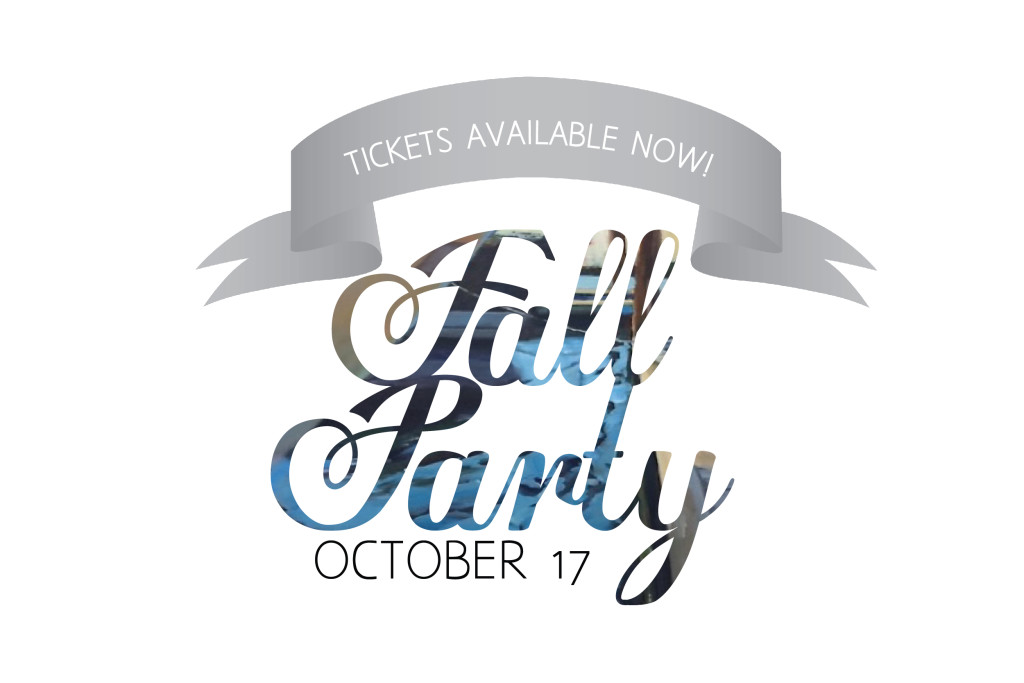 The History of the Harrell’s Home 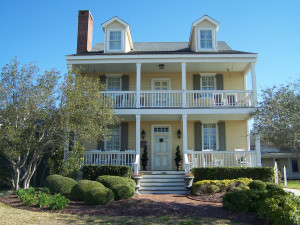 The Harrell’s waterfront home stands out from its neighbors in several ways.  The most obvious is that the house sits much closer to the street and Taylor’s Creek than the surrounding houses.   Another distinction for this home is that it was built to recreate the historic appearance of the Beaufort Historical Association’s John C. Manson House.   The original builder, Charles Barnes, mimicked the construction of the restored Federal era home so much so that the home was considered by some local historians to be architecturally pure in the distinctive style of Beaufort houses.

Placing the house toward the front of the lot, ahead of its neighbors, was a decision not made by Barnes but rather by Mrs. Davis who owned the lot earlier.  Local lore tells that Mrs. Davis was planning to build her home and wanted to put it closer to the water to ensure an unobstructed view, but one of her neighbors was quite opposed to this idea. Her solution was to pour the foundation when her neighbor went on an extended vacation. By the time her neighbor returned, further objection would be useless.

That home was torn down and Mr. Barnes chose to build his John C. Manson house replica on the same footprint of Mrs. Davis’s house.  Some of the architectural elements that Barnes borrowed for his home include the Manson house roofline, double porches and the 9 over 9 windows.  The house is actually 9 feet wider than the restored home on the Beaufort Historic Site.  To allow for this extra space, the design has been changed from a left hall to a center hall.  The façade still maintains the door and two windows both upstairs and down.

Charles Barnes sold the home to John Lampros before construction was completed.  The exterior work was done but the home was basically a shell with no interior work begun.  In keeping with the theme of an historic yet new home, the Lampros family installed wide floor boards and had much of the woodwork done by hand.  After these renovations the house was sold to the Harrell’s in 2005. They continued renovating the home, adding dormer windows to the third floor of the home which boasts a loft and a far-reaching out the Beaufort inlet.

There is a wealth of history surrounding the area where the Harrell’s house stands.  One of the oldest homes in Beaufort once stood on the back of the lot.  There are stories of the local Beaufort militia hiding out on the lot during the Revolutionary War. This home is a remarkable image of early building practices in Beaufort.  As a modern construction, this house accurately reflects the appearance of traditional homes built throughout Beaufort.

There’s still time to become a sponsor, and enjoy the added bonus of the Sponsor Party! 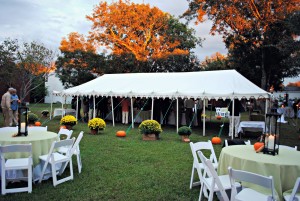 We invite you to show your support for the Beaufort Historical Association by becoming a sponsor for the Fall Party. In addition to the party on October 17, sponsor benefits include an invitation to attend our “Sponsor Party” at the Beaufort Historic Site on Thursday, October 15.  As a sponsor, you will have the opportunity to purchase the beautiful artwork of Susan Hecht before it is available to the general public. This event is always a favorite with fried soft shell crabs, fish and other food provided by the committee members of the Fall Party as a thank you to our sponsors!