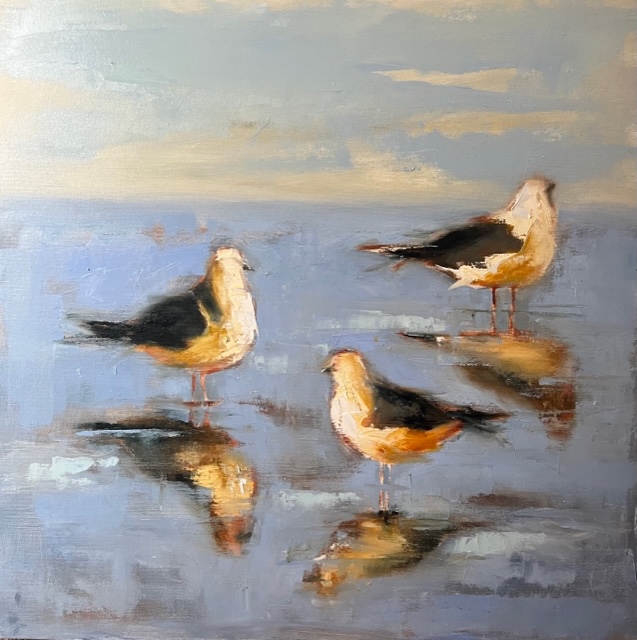 Gosia Tojza is a well- known and admired North Carolina artist. Her work depicts beautiful scenes such as coastal birds, boats, and landscapes. This will be one of her last shows before retiring from shows.

Tojza comes from a family with a long history of artists. Her grandfather and great grandfather were fine artists, brother a gifted painter and film maker, and her mother paints ikons. Tojza began her artistic journey over 15 years ago when she discovered painting as an art form. She began painting lessons on her own and then was mentored by art teacher Susan Hecht for about three years.

Her art has been greatly influenced by the many places she has lived and traveled. She was born and raised in Poland, moved to Germany in her teenage years, then to Canada where she married her husband. The two decided to move to North Carolina in 2000. She and her husband spent over a year extensively traveling so she could get a grasp on the concept of art and where it comes from.

“We have gone to many museums, castles and local villages, we have walked miles and miles, to try to answer my one question: where is art coming from…the answer is not complicated, it comes from authenticity, reflection of one’s feelings towards the outer world, simple things, kind gestures, good words, a bird flying over your head,” she says. “Art has opened up a huge wide world for me with wonderful people in it. It also has allowed me to self-reflect, taught me to notice things in the world, to hear words that other people are saying, to be present, and I think that other people feel it and see it in my art.” Gosia Tojza’s art will be featured as in the Mattie King Davis Art Gallery during the months of August and September.