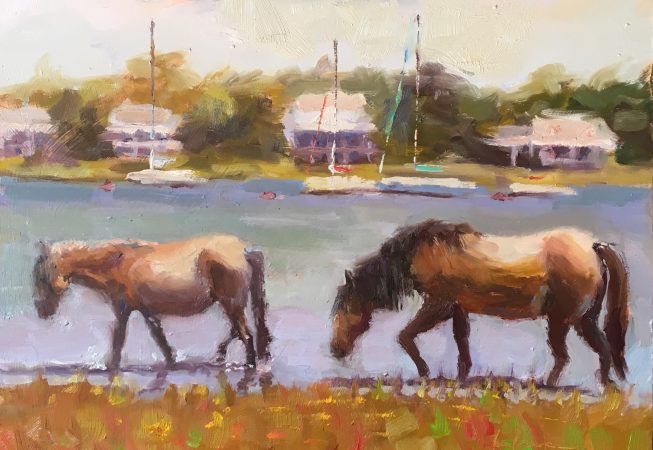 Coming October 15th from Windsor to Beaufort is Fall Party artist Fen Rascoe. Fen’s work will be featured in the beautiful waterfront home of Wes and Trent Ragland during Beaufort Historical Association’s biggest fundraiser of the year, the annual Fall Party.

Mr. Rascoe’s love for art began in his high school art class and followed him through college. After several years’ hiatus, he picked the brush back up and has since begun putting his favorite subjects from Eastern North Carolina on canvas and panel. Over the past year Mr. Rascoe has joined the American Impressionists Society and has studied under multiple nationally and regionally known artists. His work has been featured in several shows and he has received many awards and honorable mentions. Mr. Rascoe’s work can be seen in Artsource Fine Art in Raleigh, Seaside Art Gallery in Nags Head and The Mattie King Davis Art Gallery through November.

Every fall, the BHA combines the elegant backdrop of a waterfront home, delectable food, great music and the beautiful paintings of a selected artist for its annual Fall Party, the biggest fundraiser of the year. To kick off the Fall Party weekend, Fen will host an artist workshop on October 12th and 13th where he will work with a small group of participants on color mixing and impressionism painting. Also on the 13th, the grounds of the Beaufort Historic Site will open to the sponsors of the Fall Party for a private viewing of Fen’s artwork. On October 15th the work of Fen Rascoe will be on display at the home of Wes and Trent Ragland, where guests can enjoy a relaxed atmosphere. There will be plenty of delicious food from Beaufort Grocery Company and the sounds of Blue Moon Jazz will fill the air.

After the Fall Party, Fen’s artwork can be seen at the Mattie King Davis Art Gallery located in the historic Rustell House c.1732 on the Beaufort Historic Site. The Mattie King Davis Art Gallery is the oldest art gallery in Carteret County. Open year round, the Gallery contains only original works of art by local and regional artists inspired by our quaint sea coast.

For more information about the Fall Party or the artwork of Fen Rascoe, stop by the Beaufort Historic Site’s Welcome Center at 130 Turner Street, call 252-728-5225 or visit www.beauforthistoricsite.org. 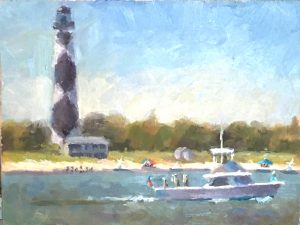 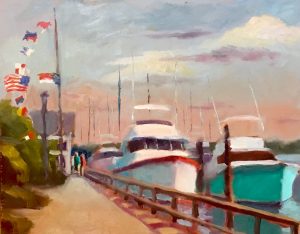