Artists will be featured through the month of January in the Mattie King Davis Art Gallery located on the Beaufort Historic Site at 130 Turner Street.

Carol Roop offers a large selection of unique stained glass creations. Carol, a Beaufort local, began working with stained glass in 2008 when she fell in love with the art after taking several classes. Since then she has grown her business creating stained glass candle holders, window panels, sun catchers, boxes and many other items. Carol loves to share her skill with anyone willing to learn; she teaches classes in addition to creating her own goods! 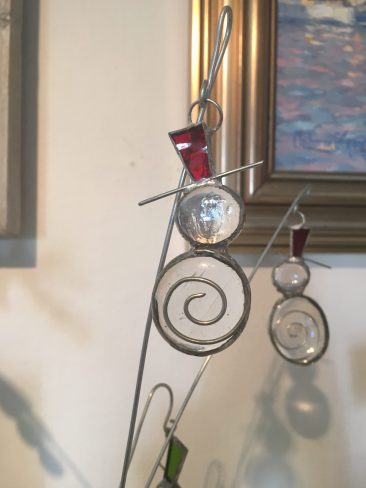 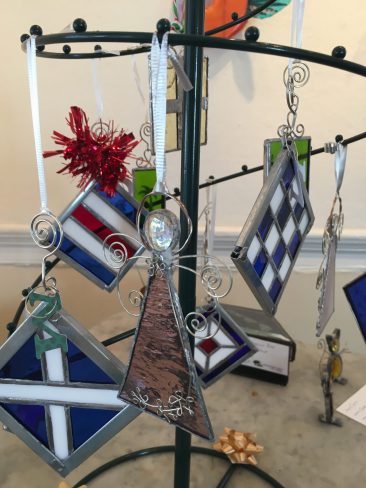 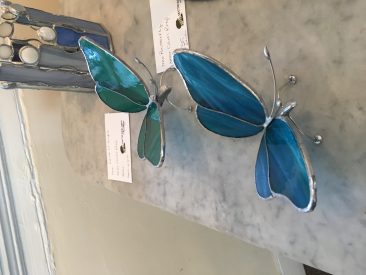 Local artist Craig Gurganus is known for his “Fish Bouffant” art. His work makes great presents! Craig uses surfboards to create a full-fledged menagerie of creatures including sailfish, dragonflies, ladybugs, killer whales, and more. Using a jigsaw, sanders and paintbrushes – surfboards and other mostly recycled materials are transformed into sculptures, each custom made and absolutely unique. This year Craig included an air stream trailer (shown below), several new penguins and many other colorful and one-of-a-kind designs. 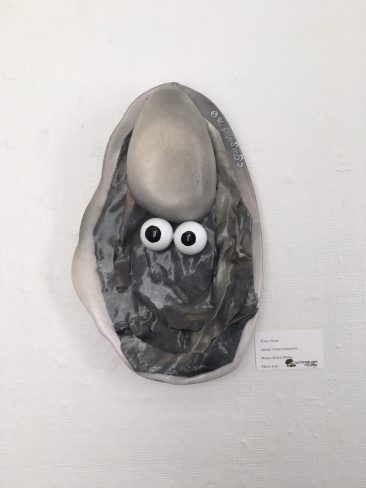 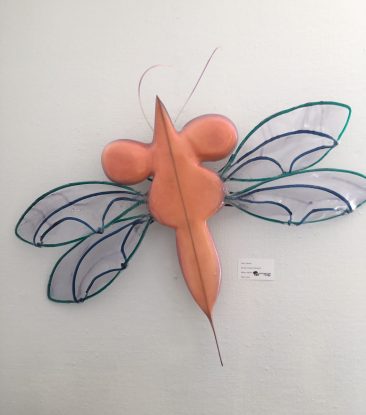 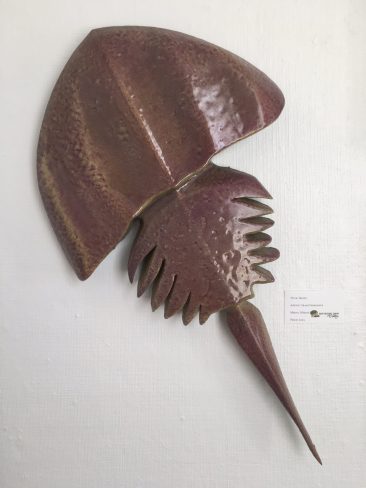 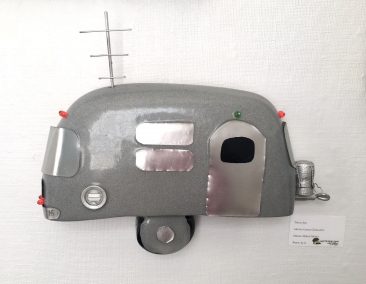 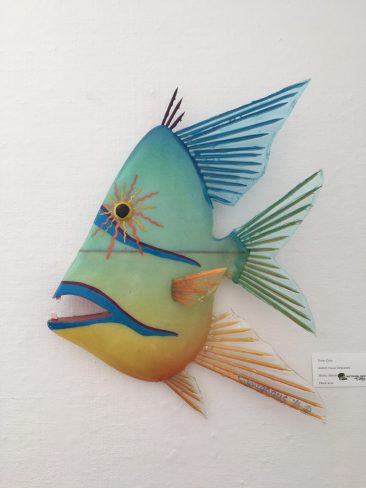 After 30 years of working as a graphic designer and art director, Janet Jaworski is embracing her love for painting. Relocating to Newport, NC from New England, Janet is diplaying many works inspired from her photos exploring this region and her recent trip to Italy. Her collection features several themes including waves, flowers and birds. Janet’s work is the perfect addition to any home and she offers a wide variety of sizes from 8×10 to 24×20. The gallery is excited to welcome Janet as an artist for the Art Walk as well as a committee member for the Mattie King Davis Art Gallery. 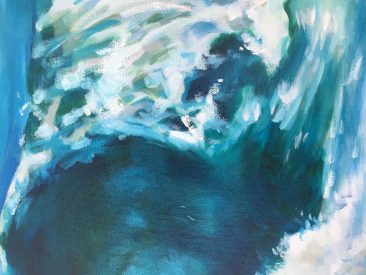 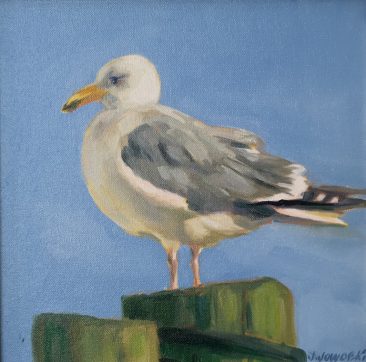 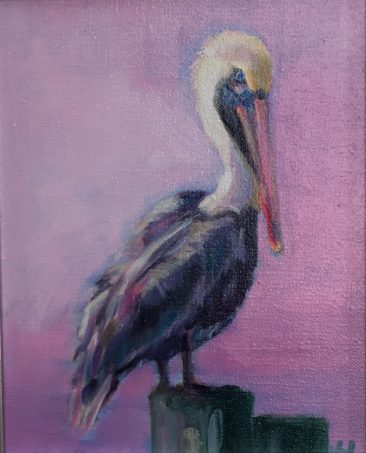 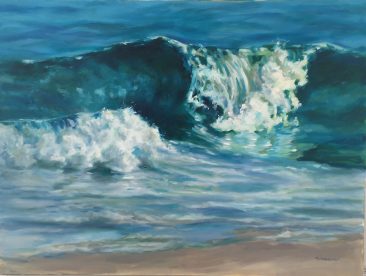 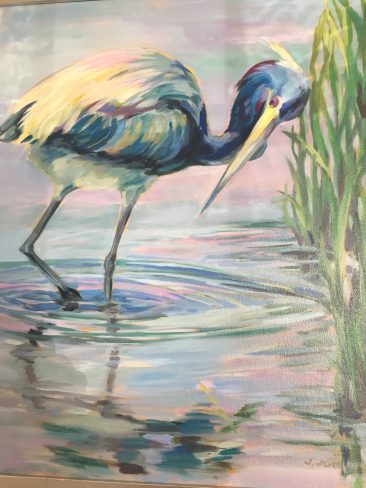 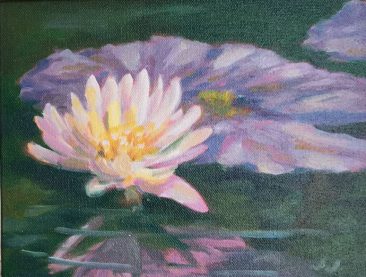